The secret behind great journalists and successful newsrooms

I didn’t train to be a journalist, but accidentally landed in business journalism chasing half-baked dreams of graduating from a blogger to book writer. Thus, when I wrote my first journalistic story in 2009, it was terrible.

I checked virtually every single box in the list of “don’ts” newbie journalists are warned about. My overreported and overwritten draft was slashed down by nearly 80% by what I then saw as heartless and ruthless desk editors.

Today, I know they did me a great favour.

Behind most great journalists and inside all great newsrooms are talented editors who slash, shape, question, refine and edit the often unpolished drafts filed by reporters into the impactful stories that connect with readers. Great editors push reporters to become better writers and storytellers.

At The Ken, it takes an incredible amount of talent, skill and patience to play the role of an editor.  One day you could be editing a story on India’s universal health ID, then a week later on Indonesia’s small shops, or warungs. It requires an incredibly broad range of business knowledge combined with constant curiosity. And a thick skin to deal with reporters who are deeply attached to every word in their drafts.

Four of the six colleagues who have joined The Ken in the last few weeks belong to the tribe of editors.

Brady joins The Ken as Deputy Editor, Southeast Asia (SEA). Before joining us he was most recently chief editor for China and Southeast Asia for tech news site KrAsia. Prior to shifting into the role of editor, Brady has had a diverse journalism career of over a decade spread across the world, with most of it being in SEA. His work has appeared in major western and Asian publications, including Vice, The Guardian, and Nikkei Asian Review (now Nikkei Asia). Besides tech and business, Brady is interested in the arts, and food—check out some of his old coverage of strange culinary delights. Snake wine, anyone?

We’re excited to have Brady on board, not just because he is an experienced editor with a keen eye for good stories and impactful storytelling. He’s joining us in a role that’s new for us at The Ken. He’s our first senior editorial hire in Southeast Asia whose bandwidth and focus will be solely dedicated to coaching and mentoring our writers and improving the editorial processes of our newsroom.

You can reach Brady via email at his [email protected]

A journalist for nearly a decade, Lokesh Yadav joins us as a Desk Editor in Delhi after a year and a half at Mint. He has also worked with Business Standard, Moneycontrol, and Hindustan Times. As a desk editor at The Ken, Lokesh is part of a team that helps find a compelling narrative among a sea of facts and opinions. 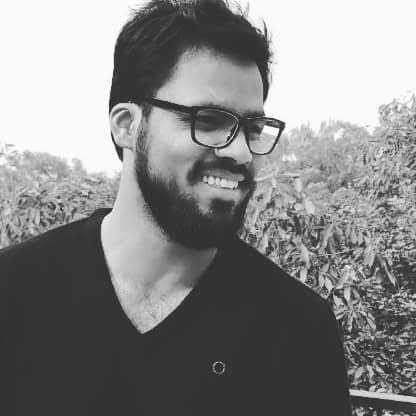 When Lokesh is not working, he is often working out. While there are other fitness enthusiasts at The Ken, Lokesh is perhaps our first colleague who boxes every week; so we all keep our distance from him. When not punching up story drafts or boxing at punching bags, Lokesh loves discussing movies, especially psychological thrillers and period dramas.

Anushka joins The Ken as a Staff Writer from Medianama to track tech policy in Delhi. With important bills like the Personal Data Protection law and the IT rules for platforms and several others on the anvil, we need concerted efforts to understand how tech shapes policy and vice versa. And Anushka is just the person to be tracking this. She is also interested in health policy-making. A self-proclaimed nut when it comes to news, journalism and reporting, Anushka says while people her age spend weekends partying, she spends it learning cyberlaw. And when not reporting, she is looking for great places to eat in Delhi.

She’s on Twitter as @itsAnushkaJain and email at anushkaj at the-ken dot com.

Every editor has to think like a writer, so it really helps when you have an editor who is also a writer. Anuj, who joins The Ken as Desk Editor, started out as a business and tech reporter at The Hindu, before moving to The Wire as part of the founding team. He continued writing on tech and political economy even as he started building his editing muscle, which he’ll really get to flex at The Ken. Anuj has an undergraduate degree in Economics from Loyola College, a post graduate diploma in journalism from the Asian College of Journalism and a master’s in social science of the Internet from Oxford University.

Anuj spends most of his downtime playing video games and watching others play on Twitch. He’s on Twitter as @anujsrivas and email as his [email protected]

Abida, who also joins The Ken as a Desk Editor, recently returned to Delhi after spending over two years in the beautiful city of Budapest, where she did her master’s in media and communication. Before that, she has worked with the Asian Age, Indian Express, and Newslaundry. Abida is a big fan of indie films but has no love lost for Hollywood or Bollywood. She hopes to adopt a cat someday to make up for the one that ran away.

You can email her at her [email protected]

Rounak joins us as a Staff Writer covering the key areas of fintech and financial services. The space needs a keen, curious and ambitious reporter to be able to spot and understand the truly disruptive and innovative financial service companies from mere followers. And now, with a lot of the fate of fintechs resting on policymakers, we wanted someone who could handle reporting on tech, business and policy with equal ease. That’s when we zeroed in on Rounak. He is an economics graduate who joins us from BQ Prime, in Delhi, where he tracked Niti Aayog, Departments of Investment and Public Asset Management, and Financial Services along with Ministries of Commerce and Employment.

Rounak enjoys listening to sufi music as much as binge-watching thrillers.

If you’re interested in working alongside these, and many other talented and interesting colleagues at The Ken, pin our Careers section.