The charge of India’s unicorn brigade

From none in 2010 to 28 as we enter 2020, India's stable of unicorns has grown to become the third largest in the world—beaten only by China and the US

Six years ago, when venture capitalist Aileen Lee coined the term “unicorn”—to define the extreme rarity of startups valued north of $1 billion—there were just 39 in the US and only three Indian unicorns. Today, the US and China are home to over 200 each, while India has roughly 30!

Since mobile advertising company InMobi became the country’s first unicorn in 2011, there had been only the odd spotting. But in the past two years, Indian unicorns have smashed through the barn door—10 in 2018, while the class of 2019 has:

The unicorn count varies, with exclusions including companies not based in India, or if the $1 billion tag came in an IPO, Or an acquisition, like CitiusTech. Baring Private Equity Asia bought CitiusTech in July 2019 in a deal that valued the healthcare analytics company at a little over $1 billion

Indian unicorns, such as now-household names Flipkart and Ola, benefited from the spread of internet-connected smartphones and cheap cloud computing. They built empires by bringing existing businesses like shopping, taxis, food delivery, hotels, etc., online. Of course, there was also a stream of investors ready, willing, and able to fund startup dreams.

It takes two to tango. So, too, the disruptors of the decade: Ola and Uber in ride-hailing, Flipkart and Amazon in e-commerce, Swiggy and Zomato in food tech, OYO and SoftBank in hotels… oh wait! 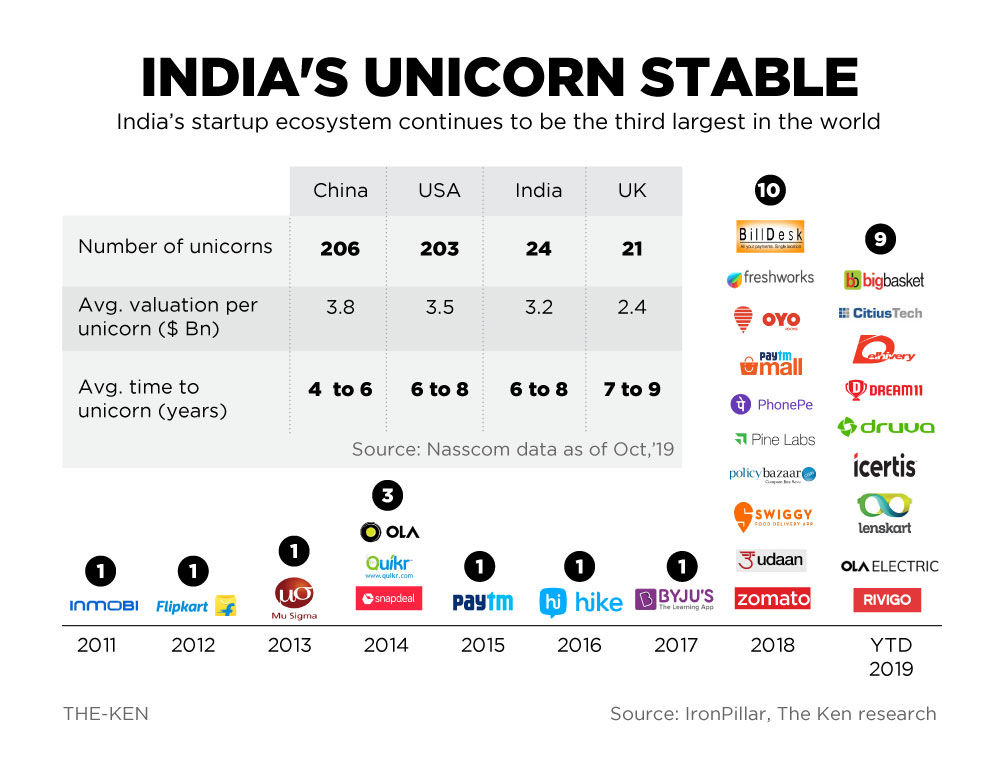 Amidst all this brouhaha now, it is easy to forget that things weren’t always like this. As we recapped earlier this year:

“Just ten years back, there were a handful of startups and a far smaller bunch of investors. A $100,000 funding round was considered respectable and VC decisions took months to move from interest to mandate.

So how and why did things change?

If one were to look back and connect the dots, it wouldn’t be farfetched to conclude that if there was one event that catalysed this revolution, it would be when Lee Fixel, then head of Tiger Global, invested $10 million into a then largely unknown online bookseller called Flipkart.”