No shortcuts to homecare

Smack in the middle of the national narrative that India is one of the youngest countries, in 2013 Portea shined a light on elderly care. In absolute terms, the 100 million elderly population is only going to swell. While a few others existed in this space, Portea came blazing a trail as far as scale was concerned in providing “hospital-like care at home”. After raising $37.5 million in 2015, it disclosed its plan for global expansion. But in FY16, it appears, it retraced its first step in that direction. “During the year investment in Portea Malaysia is impaired due to eroded net-worth”, the company said in its ROC filings.

In early 2016, Portea claimed its revenue grew by 200%, the number of home visits grew by 151% and the patient database expanded by 307%. Clearly, its expenses also grew in the same proportion, with advertising claiming a big share of that. Well, we do remember Portea advertising boards hanging from the trees lining many Bengaluru streets.

Name As per MCA records

What has Portea been upto, the last year?

The three-year-old company is on a tear. It has used the money it raised in late 2015 to acquire a bunch of companies, including MedybizPharma, PSTake care, and Health Mantra India, to add more services and customers.

This spate of acquisitions has helped it expand into different therapeutic areas and add an important component of health care delivery, medical equipment, to its fold. So far, “bulk of its revenue comes comes from Delhi-NCR, Bengaluru, Kolkata, Chennai, Mumbai, and Hyderabad”. However, 11,000 out of 50,000 customers that the company claims to have, come from tier 2 and 3 cities. But it could have very well inspired similar businesses in smaller cities and may eventually face competition — PurpleDocs in Vadodara, Lifcare in Jaipur, Dawaileo in Varanasi, Health Potli in Raipur.

Maybe it’ll rely on technology for speed and differentiation. Portea’s software expenses grew nearly 5X to Rs 47.25 lakh this year. And it claims to be developing predictive analytics to help “anticipate health issues in individual patients”. The two Ps — predictive and personalized— are the buzziest terms in healthcare but the road to get there is really long, with no short cuts. 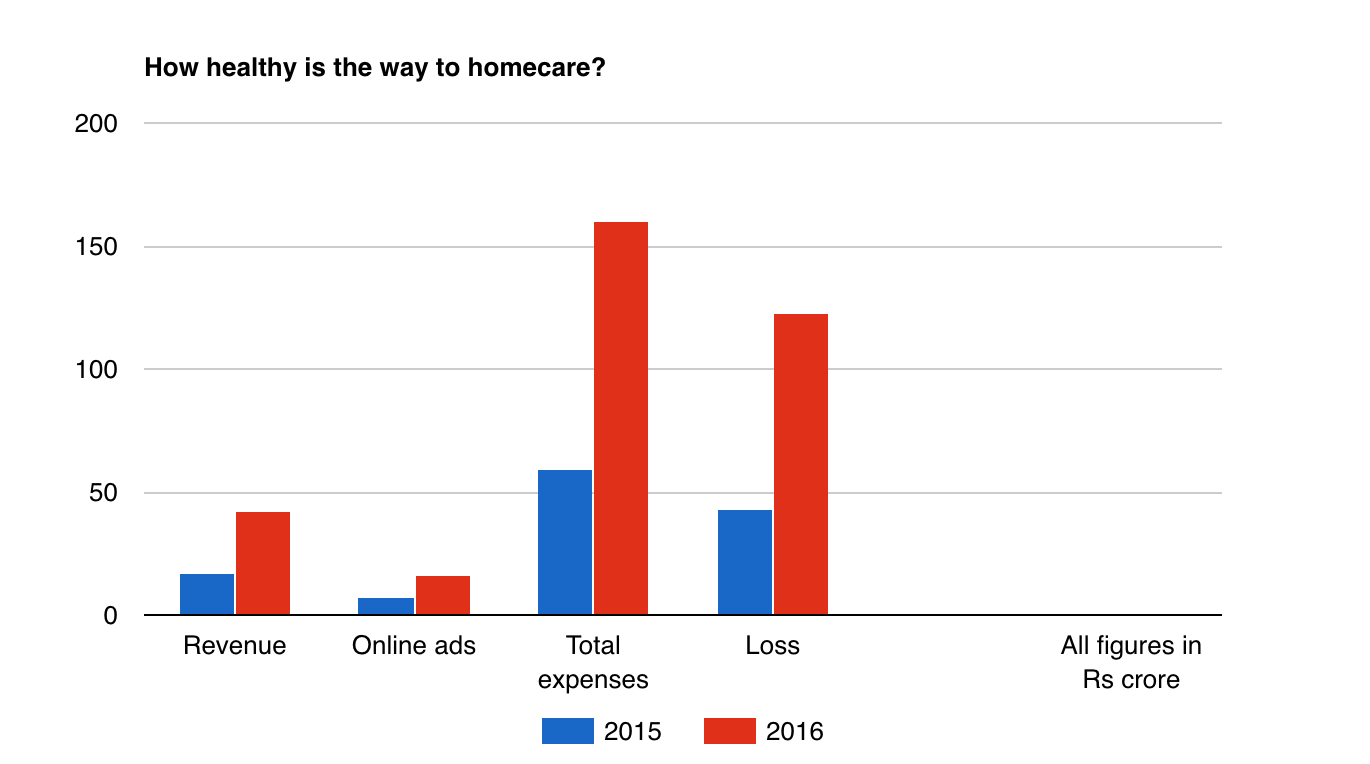 Rs 35.80 crore: Is the actual revenue from the sale of services.

Rs 53.85 crore: Is the total cash and cash equivalents with the company.

5: Portea is one of the five subsidiaries of HealthVista India. Others, named very symbolically, are Jeevan Homepharma, Getfast Pharmaceuticals, Takecare Technology, and Medybiz Pharma.

66.04%: Combined ownership of the company between the two promoters, Meena Ganesh and Ganesh Krishnan. By the end of the year, the shareholding reduced to 28.70%